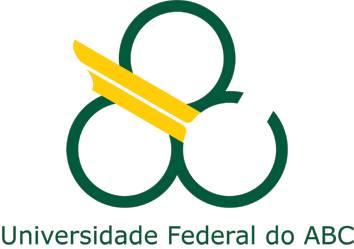 Located in the ABC region, an important industrial area around São Paulo, Universidade Federal do ABC (UFABC) was created in 2006 to contribute directly and indirectly to the education of Brazilian people, to advance knowledge in the nature sciences, engineering, mathematics, computation and human sciences, and to meet the demands of the productive sector and public administration. UFABC follows an innovative pedagogical model, where interdisciplinarity plays a fundamental role and academics, students and researchers are highly encouraged to work together in a university that abolished the traditional concept of departments. Even in this short period of time, UFABC has been accomplishing important results both in teaching and in research. In a recent (2012) ranking of the Brazilian Ministry of Education UFABC appears in the second position among all Brazilian universities, as far as undergraduate teaching is concerned. Also, UFABC has been achieving important results in rankings that measure impact of the research, far beyond the world average. Since there are many industries surrounding the university campuses, UFABC has been developing important partnerships focusing on developing and exploring innovative services and products. In the last six years, faculty, students and researchers have established national and international cooperation in different areas, including ICT and Energy.