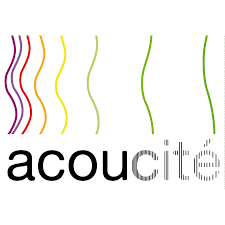 AcouCité observatoire de l’environnement sonore du Lyon is a non-profit organisation created in 1996 at the initiative of Greater Lyon and some public technical and research centres. It is a centre of excellence in the urban sound environment, which aims to promote exchanges between research centres and urban areas especially in the management of urban transport noise. Acoucité actively develops, strengthens, renews and sustains its actions in the field of noise management. Thanks to its partners, Acoucité gathered lots of experience in project management as well as skills in training and information spreading in urban noise. The association has human resources (engineers and technicians in acoustics, psychoacoustics doctor) and physical capital (several integrating sound level meters, Geographic Information System, etc.). Since 1998 Acoucité participates to European LIFE programs and manages a network of French and European cities partners. Acoucité is also involved in noise mapping according to the European Directive (2002/49/EC) about environmental noise. The association develops since 2004, with Greater Lyon’s ecology mission, a permanent network of noise measurement and monitoring across the city (thirty stations measuring noise in 2012). Acoucité is associated with urban development projects in order to control noise and enhance sound environment legacy. It supports local democracy.